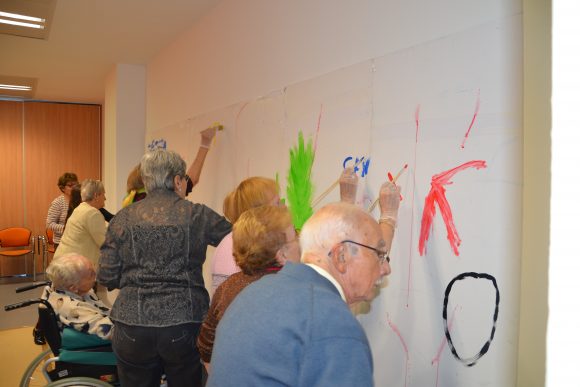 The Grup 65 from the Col·legi Oficial d’Infermeres i Infermers de Barcelona is a collective consisting of more than one thousand people, most of them retired and early retired nurses aged 55 to 65. The objective of the group is to boost the promotion of health, self-care and autonomy of the people in an environment where nurses who retire from their occupational activities may keep in touch with their colleagues, thus uniting and supporting each other.

The activity program, which collects the suggestions and interests of the group members year after year, includes leisure offers, courses, workshops and excursions. In addition, the Grup 65 plans a week filled with activities every year, the Setmana Gran, which is especially aimed at the elderly and their caregivers.

The Grup 65 is open to collegiate nurses aged 55 to 65, as well as any relatives and friends of any nurse that is a collegiate from COIB who have retired or are over 65 years old.

This initiative, which was started more than ten years ago and has not stopped growing since then, has already grabbed the attention of other professional bodies in terms of its conception and operating model within a collegiate organization.

The documentation below is only available in Catalan.

You dont have permission to register

Password reset link will be sent to your email